Shweta Tripathi is a prominent Indian actress, theatre artist, and model. Shweta Tripathi is famous for her role in the movie Massan and for portraying Gajgamimi ‘Golu’ Gupta in the web series “Mirzapur’. Likewise, she has garnered a huge fan following on social media as well.

Shweta Tripathi was born in the year 1985 and celebrates her birthday on 6th July every year. The actress was born in New Delhi, India. Likewise, the actress is 36 years old at the moment. Moreover, Shweta belongs to Indian nationality and was born under the star sign Cancer.

Moving on to her family, she was born to an IAS officer and a teacher. However, Shweta has not revealed the names of her parents. The actress does post her parent’s pictures on her Instagram occasionally. Likewise, she has a sister named Pooja Tripathi. The actress and her family moved frequently due to her father’s job. As a child, Shweta was very outgoing and loved to stay outdoors and explore places.

Shweta Tripathi and her family moved back to New Delhi where she pursued her education. She attended Delhi Public School located in RK Puram. After her high school graduation, she went on to attend the National Institute of Fashion Technology. Similarly, She graduated with a degree in Fashion Communication.

Shweta Tripathi is an established model and actress. She has represented as a versatile talented actress. Likewise, Shweta is most famous for her role in the movie Massan and her portrayal of Golu Gupta in the hit Web series Mirzapur. The actress made a debut in the film industry with the movie Trishna.

Her third movie Masaan went on to be a big hit. The film was loved by critics and the audience as well. Moreover, Shweta received praise for presenting her character in such a beautiful yet sophisticated way. Following her success, she went on to appear as Sandhya in the 2017 film Haramkhor. Likewise, in the year 2018, she appeared in the movie Zoo.

She played the role of Misha. Since then the beautiful actress has appeared in a number of Hindi, Tamil, and English films. Some of the movies she has appeared in are Gone Kesh, The Illegal, Raat Akeli Hai, Cargo, and her most recent film is Ticket to Bollywood.

Shweta Tripathi played the role of tomboy girl Zenia Khan in the Disney Teleseries Kya Mast Hai Life. Her playful acting won the hearts of many Indian audiences. Her most notable character is her portrayal of Gajgamini Golu Gupta in the 2018 thriller crime series Mirzapur.

Moreover, she appeared in one of the lead roles and her power-packed fierce acting received praise from both critics and audiences as well. The stardom and popularity of Shweta grew substantially. Likewise, her most recent appearance in a tv series is in The Gone Game. She plays the role of Amara Gujral in the series. 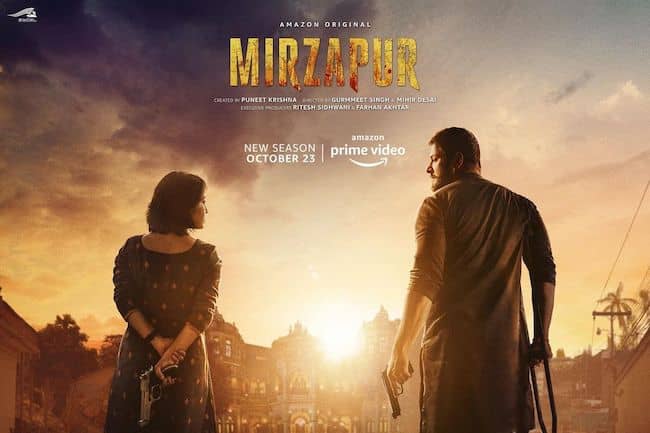 Caption: The poster of the Web series Mirzapur(source: Instagram)

Awards and Net worth

Shweta Tripathi has bagged Zee Cine Award for Best Supporting Actress for her role in the 2015 movie Masaan. Likewise, she is sure to bag more awards in the future. Shweta has earned a decent sum of wealth through her acting career. She enjoys a net worth of a million dollars.

Shweta Tripathi is a married woman. She married her boyfriend Chaitanya Sharma. Likewise, Chaitanya happens to be an actor and rapper. The couple married each other on June 29, 2018. Moreover, the couple enjoys a happy and peaceful married life. 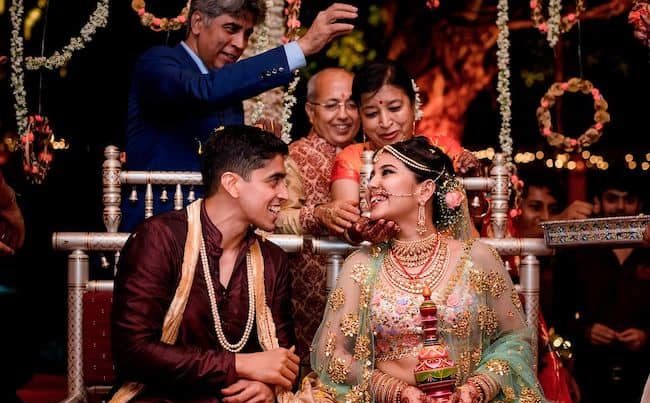 The actress has stayed miles away from any controversies. Shweta has maintained a clean internet profile and has not involved herself in any trouble.

Shweta Tripathi is a beautiful woman. She is in her mid-30s and has maintained her physique. As for her height, she stands tall at 5 feet 2 inches and weighs 55kg. Likewise, her body measurements(chest-waist-hips) are 32-26-32 respectively. Shweta has shiny black hair with a pair of shimmery black eyes. 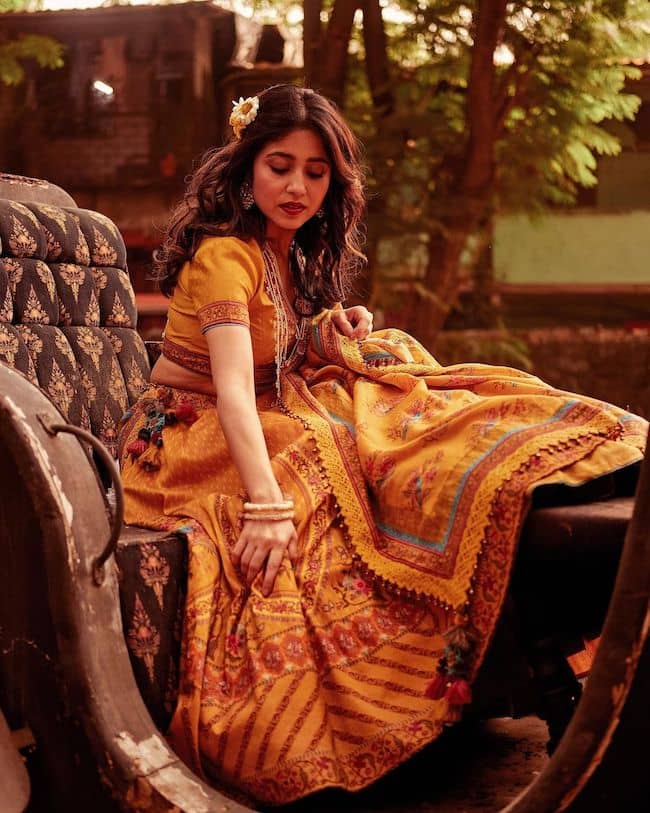