During the 2015 Cricket world cup Mauka Mauka Ad became sensation. This ad made India vs Pakistan Cricket Match clash more interesting among the fans of both cricket teams. Now again the countdown has begun for the ICC T20 Cricket World Cup India vs Pakistan Match 2021. The match will be aired on star sports on 24th October 2021. 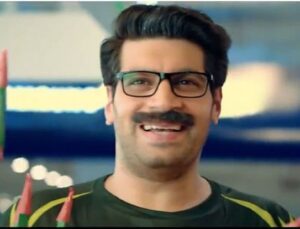 Before the match again the Mauka Mauka Ad is being telecasted on the Television. But this time people are searching about the Actor in Mauka Mauka Ad who got fame by this advertisement.

Are you ready to #LiveTheGame in #INDvPAK?

Vishal malhotra was an engineer and has worked in Accenture before starting his career in acting field. Actor Vishal Malhotra has also done Sony, KFC and Priya Gold Biscuits advertisement too. Ye Pyar Nahi Toh Kya Hai is the show in which Vishal Malhotra has acted. The show aired on Sony TV. Now before the India vs Pakistan Cricket Match don’t forget to enjoy Mauka Mauka Ad once again. We have provided link on this page to watch Mauka Mauka Cricket Ad.