After a long wait, KGF Chapter 2  is all set to release this week on 14 April 2022. Yash, Sanjay Dutt and Raveena Tandon starrer, the film released in Hindi, Telugu, Tamil, Kannada and Malayalam languages. But even before the release, this film has started making a splash. The film KGF 2 advance booking has been done, due to which people have alot expectations with the movie. If you have also booked tickets and are going to watch this, then you can also read the KGF 2 Review from this page.

The film KGF Chapter 2 is releasing on 14th April in 5 languages all over the world. In such a situation, fans are speculating about whether the KGF 2 movie will be a flop or hit? Overseas Censor Board member and also the film critic Umair Sandhu has already seen this film in the censor room. After which he did not forget to share his excitement on social media. Film journalist and critic Umair Sandhu shared on Insta Story and wrote, ‘This film is the crown of Kannada cinema. In his post, he praised the film and gave it 5 stars out of 5 to KGF Chapter 2. 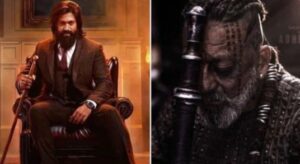 As per the film critic Umair Sandhu, The scenes of the film are very attractive. The visual effects are also amazing which makes the film effective. The action scenes are such that your mind will want to watch them again and again. The cast of the film is amazing which has given a very strong performance.

Detail Article First Review of #KGFChapter2 from Censor Board on my Instagram Story ! ALL TIME BLOCKBUSTER all the way. #Yash is Biggest PAN INDIA Star now.

Throughout the film, the focus remains on the hero Yash and the villain Sanjay Dutt. Yash is absolutely electrifying and Sanjay Dutt is also amazing. This is not only a blockbuster film of Kannada cinema but also a world class film by director Prashanth Neel.  While reviewing KGF 2,  he also said that the suspense remains in the film from the very beginning and its climax is going to give goosebumps.

The story of ‘KGF Chapter 2’ will start from where the first part of this film ended. As in the story, actor Yash’s character Rocky promises his dying mother that he will not die in poverty. His promise will continue in the second part as well. A glimpse of this was also seen in the teaser of ‘KGF Chapter 2’. Rocky has grown a lot and is wiser too. His dream is to rule the gold business and he is also leading in this work. 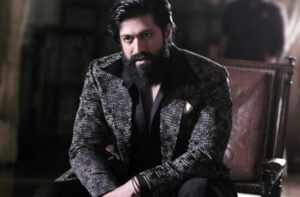 Rocky, the main character of ‘KGF Chapter 2’, is so intelligent that he is beginning to understand the dirty game of politics and the equations being created between the mafia. His goal is to eliminate his enemies and teach them a lesson but Rocky’s love for actress Raveena Tandon’s character will come in the way of his goal. The makers of the film released the first look of Sanjay Dutt some time back and informed that he will be seen in the role of the main villain Adheera in the film.