KGF-2 broke the advance booking record of ‘RRR’ movie. KGF Chapter 2 Hindi version has earned more than Rs 11 crore from advance booking 4 days before its release. The movie is all set to release world wide on 14 April 2022. KGF 2 Advance Ticket Booking is available online at Bookmyshow and Paytm. Here by this page you can check more info about the Advance Ticket Booking of KGF Chapter 2, Show timings, Ticket Rates, Movie Cast etc. Read the complete article to get the details.

Advance booking of Kannada actor Yash’s second film ‘KGF Chapter 2’ i.e. ‘KGF 2’ hass been started from 7 April 2022. As per the reports the Hindi version of this film is going to defeat many films of Hindi cinema in advance ticket booking. The film has already overtaken ‘RRR’ Hindi in advance booking. 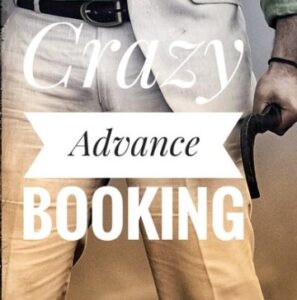 Due to the craze seen in the audience for the advance booking of KGF 2 the shows of this film are going to start at 6 in the morning in many cities of Maharashtra. The KGF 2 Advance ticket booking can be done through the Paytm or Bookmyshow apps or websites. You can check here KGF Chapter 2 Advance ticket Booking and show timings, Ticket Rates below.

As per the reports the Hindi version of KGF-2 will earn more than Rs 20 crore from advance booking before release in North India only. It is also reported that KGF Chapter 2 ticket rates have gone up to Rs 2,000 per ticket in certain cinema halls of Delhi and Mumbai.

The film ‘KGF 2’ is going to be released across the country on April 14. In Mumbai tickets for special cinema halls are being booked at the rate of Rs 1500 per ticket, while in Delhi, there are reports of this price going up to Rs 2000 per ticket fr KGF 2 Advance Booking.

The first part of this film made in Kannada language was released in the year 2018. It was a blockbuster movie and got alot appreciation by the audience. KGF 2 has also been dubbed in Hindi, Telugu, Tamil and Malayalam languages. Zee Tamil, Zee Telugu, Zee Keralam and Zee Kannada have bought the satellite rights of the film.

Same as KGF Chapter 1, Yash and Srinidhi Shetty will be  in the lead roles in the KGF 2 movie. Apart from this, Bollywood actress Raveena Tandon and actor Sanjay Dutt are also in the movie. Sanjay Dutt is in the role of villain Adheera in the film. Check complete KGF Chapter 2 Cast bel0w-

The first shows of the first day of the film ‘KGF 2’ are going to start at 6 am in at least two cities of Maharashtra, Mumbai and Pune. It will be released in cinemas in Hindi, Telugu, Tamil, Kannada and Malayalam languages. Talking about Hindi films only, till now the film ‘War’ has earned the highest net worth of Rs 32 crore in advance booking.

How can I book advance ticket of KGF Chapter 2?

The KGF 2 Advance tickets are available at bookmyshow and paytm app or website.

When will KGF 2 release in India?

Who is in the lead role in KGF Chapter 2?

Kannada star Yash is in lead role as Raja Krishnappa Bairya a.k.a. Rocky.